Runner Tom Collins didn’t have any particular ambition when he started jogging on the Sligo Creek Trail: it was just a beautiful place to run.

“The word I think of is ‘oasis,'” he says, recalling some of his early runs during spring many years ago. “It’s this green place where you can hear a babbling brook as you run. You see wildlife. Flowers start popping. Trees start growing their leaves. You sense when deer are nearby.”

Access to the trail was actually part of what propelled Collins to move to the Indian Springs neighborhood of Silver Spring in 2001. “Sligo Creek is a wonderful asset,” he says. “I knew it was there because I had lived in Montgomery County for a long time. It’s part of the reason I bought a house there.” (People may not think of Sligo Creek as an economic engine but many people including trail lover Jackie Haymon report that they purchased a home because of its proximity to the creek. It’s also why the publishers of Eye On Sligo Creek call the area home.)

The trail put a little more pep in his step over the following years as he made friends with more experienced runners, pounding the pavement multiple times a week. When a mentor to him and a friend died of cancer, Collins’ friend said that he was going to run in a marathon to raise money for cancer research. “He said that running marathons and raising money were going to be how he dealt with his grief,” Collins says, “so I told him I would join him.”

A conversation with another friend sparked his next goal. When that person mentioned that he had recently completed an Ironman, Collins asked him what that was. His friend explained it was a triathlon consisting of a 2.4-mile swim and 112-mile bicycle ride followed by a 26-mile run.

While most people would have been mortified by the concept, Collins had a different reaction.

The fact that he was neither a swimmer nor a biker didn’t phase him.

“I had always been active,” he says. “I played basketball. I lifted weights. I ran.”

Collins kicked his training into higher gears to prepare for the grueling competition, enlisting in his first one in 2006 down in Florida. His hope? A realistic one: “To finish,” he recalls. “It turned out I had a knack for it. I did pretty well for a guy my size and age. A lot of my Ironman friends were shorter and weighed like 150 pounds. I’m 6 feet and weighed over 200 pounds at that time.”

Anyone who has ever watched television accounts of Ironman races knows that these competitions push people to, and sometimes beyond, their limits — both physically and emotionally.

“The running takes the worst out of you,” Collins says. “By the time you reach the second half of the marathon, you’re facing your dark side. It’s a challenge, and it’s filled with uncertainty. In my first race, a guy died in the swim. This is not something to do on a lark.”

Collins fought threw it all and finished the Florida race.

“I knew immediately that I was going to keep going,” he says. “Ironmans are about asking the question of ‘Do you want to stay as you are, or change yourself into something better?'”

Collins went on to complete four more Ironman competitions. He also ran countless thousands of miles on Sligo Creek before moving to Annapolis in 2015. He now commutes to his job as an executive with Atlantech Online in downtown Silver Spring but his favorite place is never far from his mind. He remains an advocate for Sligo Creek, and for physical fitness.

Self-improvement, though, doesn’t always have to come in the form of traversing 140-plus miles.

“You can experience the difference Sligo Creek can make if you walk 30 minutes a day four times a week,” he says. “That will do wonders for your fitness level. You can start running and doing short bike rides. There’s so much room to roam on Sligo Creek.”

Exercising in the outdoors, he points out, is much more fulfilling than working out in a gym.

“Without the trail, I would have had a different life experience,” he reflects. “I know a woman who wanted to start running long distance but she started doing it on a treadmill. She called it the ‘dreadmill’ but I’ve never dreaded going out for my runs.”

Still, an interviewer can’t help but return to the subject of Ironman competitions — why he would subject himself to what many would consider torture.

“It’s about the challenge,” he says. “The finish line of an Ironman is a magical place. I can’t describe it to someone who has never been through it. Reaching the finish line shows you that anything is possible.”

If you like this story, take a moment to meet more Trail Lovers! Do you know people who would make for great Trail Lovers profiles? We’d love to hear about them. Contact us today! 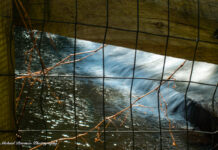 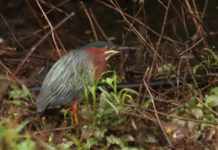 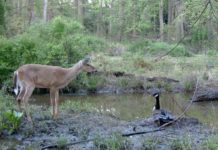 Fuzzy Brown Face – And Will I Get Eaten By A...